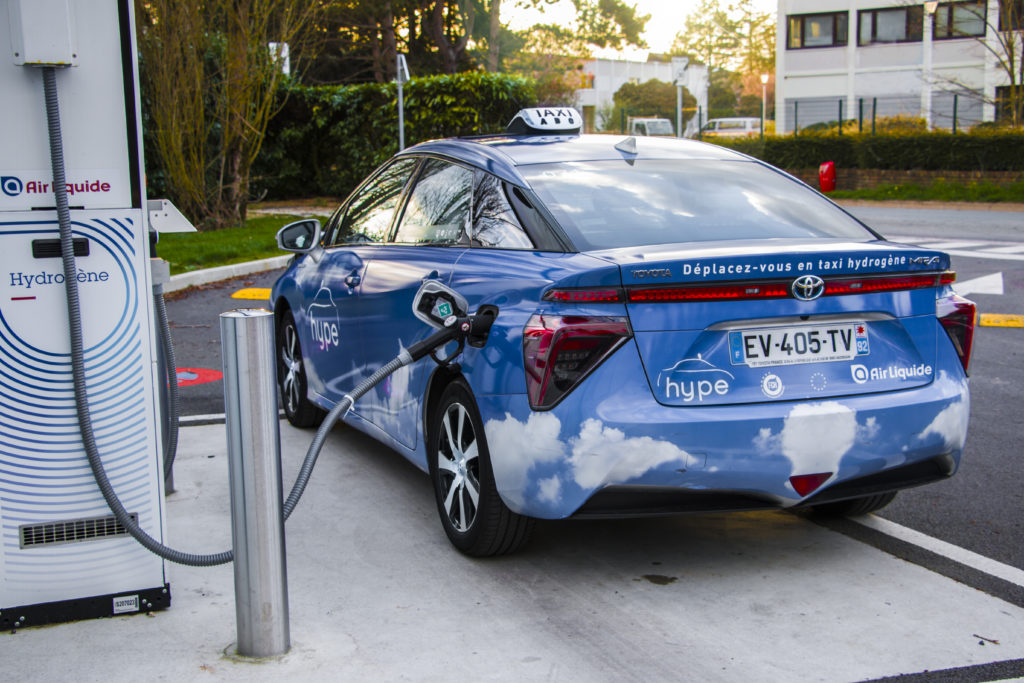 Herning, Denmark, 19 May 2021 – Everfuel A/S is pleased to announce a cooperation agreement with Cabonline, the largest taxi operator in the Nordic region, for developing the market for taxis fueled by green hydrogen for zero emission mobility. The parties have entered into a collaboration with Toyota Norge for the supply of initially up to 100 Toyota Mirai hydrogen taxis to the Oslo-region.

Cabonline’s ambition is to introduce several hundred hydrogen taxis throughout the Nordic region in the coming years. Toyota, one of the world’s largest mobility groups and a leader within fuel-cell and hydrogen cars production, has started preparations for rolling-out the initial up to 100 Toyota Mirai in Oslo by the end of 2022 and then planning to further increase the number of Mirai taxis together with Everfuel and Cabonline’s Norwegian unit Norgestaxi. Everfuel and Cabonline plans to leverage the same cooperation model to expand into the larger cities in the Nordic countries.

“Long-term partnerships are a key enabler for scaling green hydrogen as the clean fuel of choice for transport. This cooperation between Cabonline, Toyota and Everfuel is a great example of how connecting the entire hydrogen value chain from safe production, distribution and fueling with vehicle providers and end-users enables roll-out of solutions for commercializing green hydrogen fuel and decarbonizing transport at scale,” says Jacob Krogsgaard, CEO and founder of Everfuel.

“We have a clear ambition of delivering the first 100 cars to the taxi market in Oslo by the end of 2022 within the framework of this collaboration. For Toyota, this is part of an international strategy to build the hydrogen market,” says Espen Olsen, General Manager PR at Toyota Norway.

“Hydrogen taxis have the advantage of being zero-emission at the same time as the fuel tank can be filled in three minutes. This has been demonstrated with great success in Paris and I believe that through this collaboration, we will make hydrogen technology available and competitive. The City of Oslo wants 20% of a total of approximately 2,500 taxis in Oslo to use hydrogen. We will be able to deliver on that if Enova can contribute by providing the necessary support to the taxi owners who are first to lead the way,” says Dag Kibsgaard-Petersen, CEO of Cabonline Group and managing director of Norgestaxi.