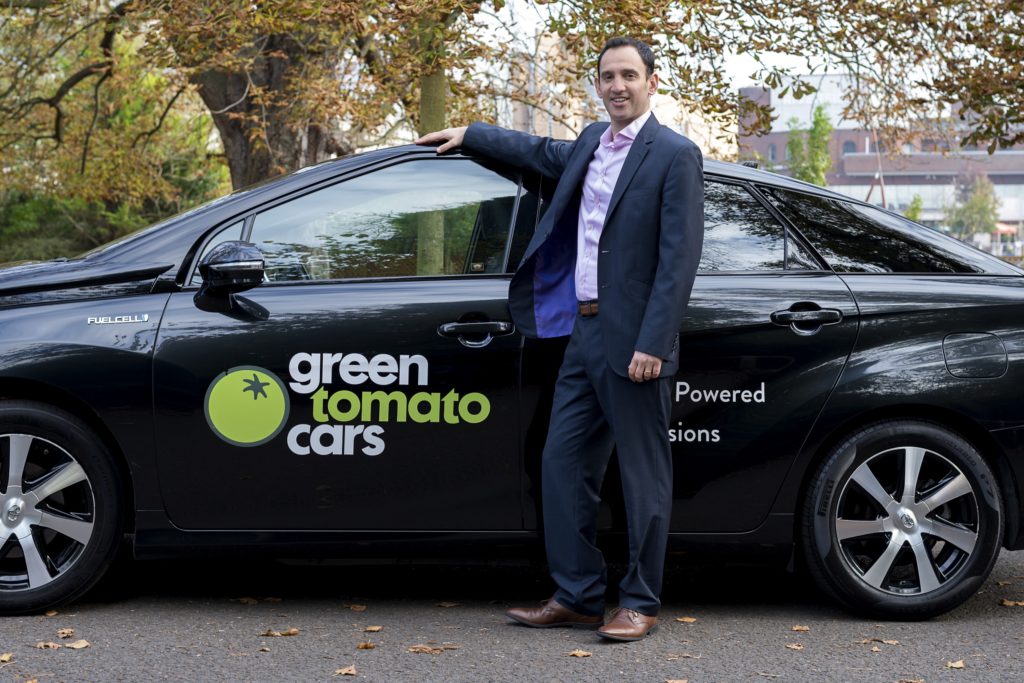 Peter Joseph, who has been driving a Toyota Mirai FCEV since he joined London private hire firm Green Tomato Cars in 2018, says that his passengers love the car as it produces zero harmful tailpipe emissions and is comfortable to be driven in.

He also said that passenger’s fears over safety are easily reassured and that he hopes refuelling will become easier in the future as additional stations are commissioned to complement the six Hydrogen Refuelling Stations (HRS) currently operational in London.

“We have a number of passengers who specifically request to be driven in a zero emissions car because they want to do their bit for the environment and the Mirai meets that need. Green Tomato Cars is the only private hire operator to offer a dedicated Zero Emission service, which is only possible thanks to the scale and range of our Mirai fleet.

“It’s a lovely car to drive; it almost feels like you’re floating on air as it is smooth and quiet. It is really comfortable, ticks all the boxes and all my passengers love the car.

“Admittedly, when we first started driving the car, we had customers who were keen to know the safety levels of the car and we were able to reassure them. Toyota have spent quite a few years researching hydrogen and protecting the tanks to make sure everything runs above board, so I feel totally safe driving the car.

“On average I do about 200 miles (320km) a day since people are working from home which means refuelling once a day to make sure I do not run out. There is only one caveat when it comes to hydrogen and that is you have not got that many refuelling stations, so you have to plan it correctly. Hopefully petrol stations will incorporate hydrogen as that will make life a lot easier for people to top up.”

Joseph’s comments come as the ZEFER project, co-funded by the Fuel Cells and Hydrogen Joint Undertaking (FCH JU), reveals the 117 Toyota Mirai vehicles, deployed in private hire, taxi and emergency service operation across London and Paris, are proving a reliable option with over 4.15 million kilometres driven (May 2020) and 99% availability across all applications (a small amount of off road time is associated with normal taxi use for minor impacts and tyre replacements).

FCEVs are exempt from Clean Air Zone charges in Paris and London. As both cities dedicate more focus to reducing air pollution – with the proposed expansion of the Ultra-Low Emission Zone in London and the Paris ‘Zones à Circulation Restreinte’ in 2021 – the business case for city-based FCEVs in more demanding applications is reinforced as they allow similar operation to conventional vehicles. FCEVs are highly energy efficient, have ample driving ranges (approximately 550 km for the Mirai, according to NEDC Cycle, and a 30% increased range expected for the upcoming model) with short refuelling times (3-5 minutes) and only discharge water when driven.