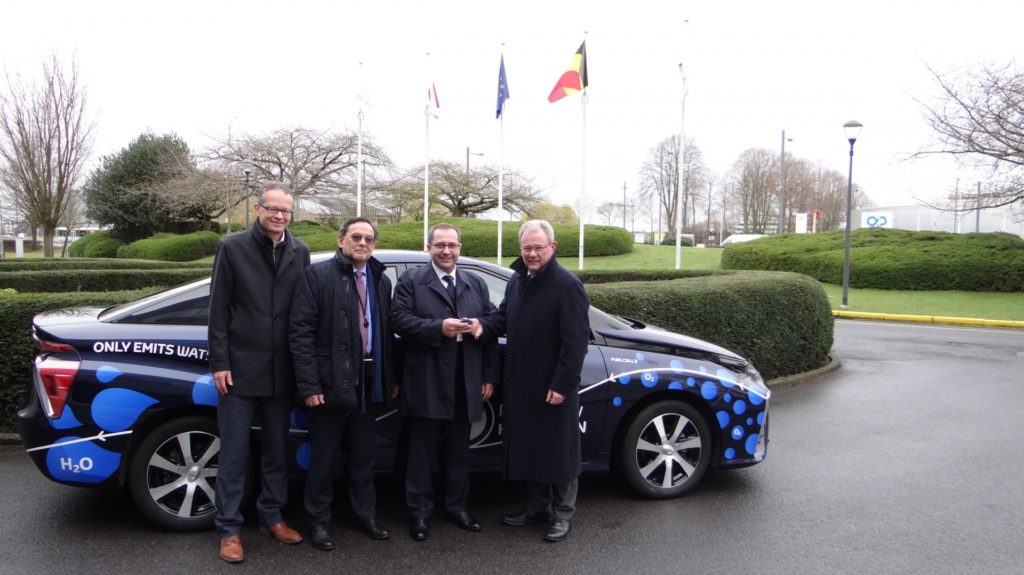 The interest in hydrogen is recently increasing as it becomes more evident that it has the potential to significantly contribute to CO2 reduction in the transport and other sectors where pure electrification has its limits. Fuel Cell Electric Vehicles are relevant for intense usage and long-distance drives as required by the EU Parliament, emitting nothing but water. The car will be fuelled at Air Liquid’s Hydrogen Station that was built on the grounds of Toyota’s Technical Centre in Zaventem and it will utilise the hydrogen station network of H2Mobility Germany when driving to Strasbourg.

“It is of high importance to us that this technology can be experienced by as many people as possible. Therefore, we are proud to add a Toyota Mirai to the fleet of the European Parliament” said Didier Stevens, Toyota Motor Europe Senior Manager European and Governmental Affairs