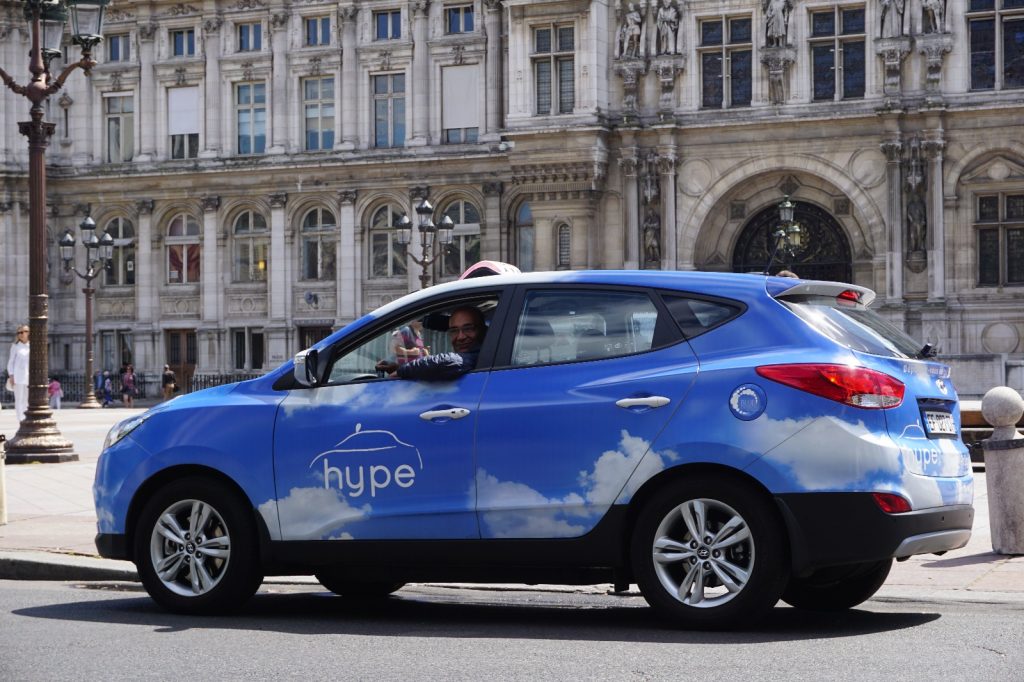 Why Hydrogen? An alternative fuel for your vehicles

Finding the right zero emission technology for the right application is the challenge all of us face in the quest to reach the 2050 carbon targets.
Behind the scenes, hydrogen plays a role in our everyday lives: used in agriculture as fertiliser, or to manufacture clean and clear plate glass for our windows and windscreens.
It’s already used to remove sulphur from our fuels, making them better for the environment.
Increasingly hydrogen is being used as an alternative energy source across the spectrum of transport, powering vehicles over land, sea and air.
A deceptively simple reaction, hydrogen and oxygen react to produce energy and water – no greenhouse gases.
The perfect low emission reaction with three real practical benefits: speed of refuelling, energy density and range.

Advantages of hydrogen
The latest hydrogen vehicles can hold around five kilograms of fuel; heavy freight vehicles closer to 30kgs.
If a vehicle in a commercial fleet is operating two or three shifts a day, for 20 hours a day or more, it’s important to save time when refuelling or recharging.
Filling up on hydrogen can take a matter of minutes at a reported rate of less than 1kg/minute, giving comparable times to conventional petrol or diesel.
Hydrogen taxis in London and Paris, deployed as part of Europe’s fuel cell hydrogen joint undertaking funded ZEFER project, are averaging 100km per kilogram of hydrogen, equating to a vehicle range of 500km per refuel of their five-kilogram tanks.
It also has superb mass-based energy density, storing 64% more energy per kilogram compared to diesel, and means larger increases in range bring only a small increase in mass.

This all means hydrogen is expected to make big in-roads for vehicles regularly running high mileage.

Hydrogen vehicle applications
90% of the world’s goods go through shipping ports and those ports are 24hr operations with trucks in constant operation, loading, unloading and moving containers and distributing them to nearby warehouses.

They might only cover a small area but travel back and forth non-stop, clocking long durations and distances – the perfect scenario for hydrogen power.
Real-world hydrogen vehicles trials are proving successful and major world economies are investing huge amounts into hydrogen research and development, including China, Australia and the European Union.

Large organisations across Europe are starting to deliver hydrogen power: 15 regional trains are set to be deployed in France and 1,600 heavy trucks will be supplied for the European market.

Cenex are actively engaged in research with logistics and transport companies and are partners in projects, including ZEFER, H2ME and HyTrEc2, that will develop UK expertise in freight and passenger vehicles.